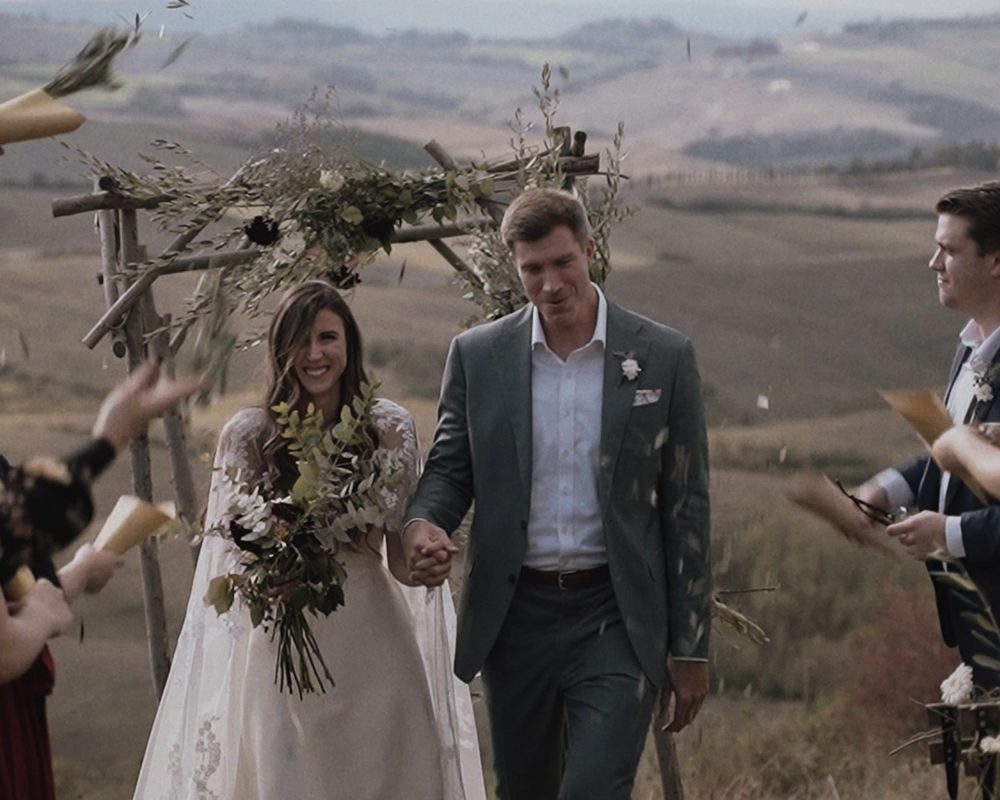 How to choose the Wedding Videographer in Siena

Choosing a Wedding Videographer in Siena is by no means a simple thing. For this reason I decided to write this detailed guide composed of the questions that over the years have been asked to me by the various couples who have come to celebrate their wedding in this fantastic place.

What’s so special in Siena?

Siena city of art, cultured city, city of good food, city of the Palio. Many are its faces, the city is unique.
Lying in the Tuscan hills it still maintains its appearance unchanged and time in Siena seems to have stopped at the thirteenth century, when the city began to enrich itself with an artistic and architectural heritage that has consecrated its glory forever.

Unesco registered Siena in the world heritage list in 1995, for having wisely preserved important characteristics of its medieval structure, defining it “a masterpiece of dedication and inventiveness in which the buildings were designed to be adapted to the entire design of the urban structure”

To describe Siena it is necessary to start from its main square, Piazza del Campo, the same where the Palio takes place, the same one full of restaurants and bars, the same where tourists and inhabitants linger in ecstasy upside down to admire the surrounding monuments.
It has a characteristic trapezoidal shape and is slightly downhill towards the center, where the Gaia spring is located, a copy of the fifteenth-century work by Jacopo della Quercia.

All around the square, monumental buildings such as Palazzo Sansedoni and the Palazzo Pubblico. Looking at the square from its 102 meters high is the Torre del Mangia which dates back to the forties of the fourteenth century; its height is equal to that of the bell tower of the Cathedral to symbolize the balance reached between divine and earthly power. At the foot of the tower stands the Cappella di Piazza, a marble tabernacle with splendid sculptures inserted in the Gothic niches. All in the same square.

But Siena is not just Piazza del Campo: all around it is a succession of churches, such as the splendid San Domenico and Santa Maria dei Servi, small streets full of shops and shops where you can buy local handicraft products or taste the mythical cantucci accompanied by a glass of Vin Santo.
Between the narrow streets and the wide Piazza del Campo you can breathe the real atmosphere of Siena, a young yet very ancient city, monumental yet lively.

Why choose a Wedding Videographer in Siena?

Choosing a wedding videographer in Siena is important because working in that place he knows very well the best places to get married. A videographer from another city, or even worse from another country, would have several problems managing his work within the region.

The local videographer also knows all the facilities, hotels and villas very well and this is another big plus. Plus he knows the locals and many of the managers of the various places to get married. This is by no means a factor to be overlooked.

What should the Wedding Videographer know?

After choosing your wedding videographer in Siena, there are some important things you should communicate to him. This way you make sure that everything goes smoothly and that there are no problems on your wedding day.
Let’s see what they are:

How many videographers are needed for a wedding in Siena?

Generally to make a great wedding video, a videographer plus an assistant is enough. However, there are cases where it is important that there are multiple videographers in order to capture every moment. In this case, by explaining in detail the dynamics of your wedding, the videographer will be able to advise you on the best.

Is a wedding videographer worth it?

Booking a Wedding Videographer is important or perhaps more important than calling a wedding photographer. Too often video is overshadowed when it really shouldn’t be. The wedding video is something totally different from the photos, the latter unfortunately are immobile, still; video instead contains many more elements than a photo. A funny scene, an important speech, the voice of a mother… All elements that would be lost forever with just photography.

How long does a typical Wedding Video last?

A Wedding Video can have different lengths. However, over the years, it has been understood that it is better to have a product that is not too long but is of the highest quality. So the length of a full wedding video generally ranges from 10 to 15 minutes. While the trailer is from 2 to 4 minutes. Many think that these durations are short, I guarantee you that it is not so … it is nice when you then want to see your wedding video in Siena many times.

What should be present in a good wedding video?

There are several things that should be present in a good wedding video:

How much does a wedding videographer cost in Siena?

The average cost of a wedding video throughout Siena, on average, ranges from € 1000 up to € 3000. It all depends on the request made for the wedding day.
The things that can affect the price are: the presence of multiple video operators, the use of the drone, travel expenses, total days of work.

Why choose Thirtyfive Studios as your Wedding Videographer in Siena?

If you think this guide may have been useful to you and above all you like my way of working, I could probably be the right person to make your wedding video in Siena. If you want to have contact with me you can use the contact form below.

I will be happy to help you organize your wedding in Siena and give you all the information.

If you want to see other videos I invite you to visit this page.

What do you think about my videos? Let's keep in touch!

Ready to answer to all of your questions and needs

Can I have a quotation for my wedding?

Sure! You can request the price quotation by calling me or filling out the form.

Could we book the date without signing a contract?

Absolutely not. The conclusion of a contract indicates first of all the professionalism of the videographer and at the same time protects the customer. Mine is a very synthetic contract with no small news.

What is delivered to us?

The final product is divided in three parts:

However, nothing prevents you from extending your requests while signing the contract.
How is payment made?

The payment is divided in three parts:

As soon as I receive the last payment, you can download the videos from my personal Google Drive.
What is the estimated delivery time?

Generally, not more than 90 working days, as written in the contract. However, in special cases, after agreements at the contractual stage, delivery times may be shortened.

How are the videos delivered?

The videos are delivered in digital format via my Google Drive. However, upon extra payment, you can request a usb pen box set on which you can keep a copy of the videos.
supporto fisico sul quale conservare copia dei video.

Will you come to my wedding?

By contract I guarantee my presence, as well as that of my collaborators and assistants called for related services requested.

Can we get the drone, too?

For years so far, I have chosen not to charge for the drone as for a service apart, so it is already included in my basic package and there is no increase in price. This instrument will be used at my discretion, where there is needed.

How many hours are you staying?

Generally, for the duration of the event until the cake cut. After that, I always try to stay at least an hour longer to catch some other interesting moments before leaving. However, it is possible to make me stay further. In that case I offer another package called “after party”.

Yes, you can make some small changes to the video such as scene changes. It is not possible to change the music because the music is always chosen by the couple before starting the assembly phase.

Drone at the Wedding

10 Best places to get married in Italy

Today we are in the company of the italian wedding photographer Giuliano Lo Re. Professional of the field that I have got to know and with which currently I collaborate to the north Italy and not only. How did you approach

Why Get Married in Tuscany: 4 Reasons

Marriage is the most important day of one’s life, an indelible memory that remains etched forever in the mind and heart of those who live it. On that day everything must be extraordinary and perfect, with attention to the smallest

Are you looking for Wedding Videographer in Tuscany?  One of the first things to cross on your wedding to-do list is deciding where to get married. Once you’ve booked a wedding in a Tuscan venue, you can start looking for other 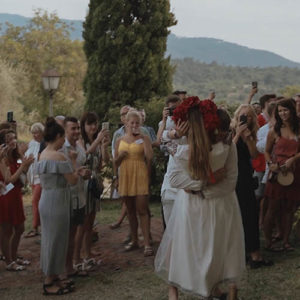 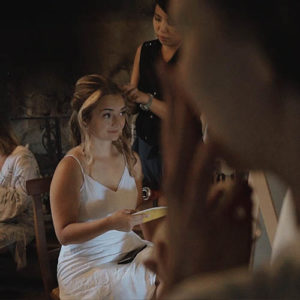